Did schools put food parcels before education during the pandemic? 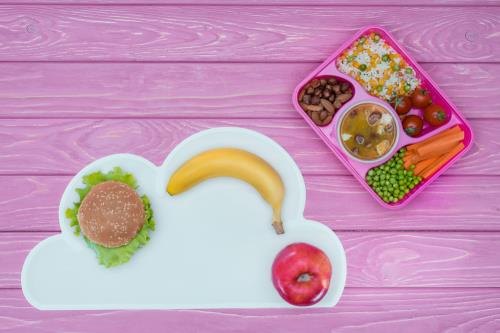 Ofsted chief, Amanda Spielman, has sparked an angry response from union leaders for suggesting that schools put food parcels ahead of education during the first wave of the pandemic last year.

Speaking at an Institute for Government think tank event, Spielman claimed that schools had prioritised sending out food parcels and visiting disadvantaged pupils ahead of delivering remote learning. She argued that because schools had put so much attention, time, and effort into supporting their most vulnerable pupils, it meant that they simply didn’t have the capacity to deliver full remote access to education during the crisis.

Spielman did acknowledge that some of the disparities that were evident between what schools were offering were not the fault of schools. She made the point that there is an issue with the resources available to schools being uneven. For example, the average private school will be better off financially. Therefore, they will have been in a better position to mobilise technology and to convert to remote teaching for all quickly. However, she was also quick to comment on how this still does not explain the disparities that were also evident across the state sector.

Although Spielman was keen to describe schools’ intentions to support their most vulnerable pupils as admirable, there was still a sense that she believes that such an approach was misguided. There is no doubt that that those working in schools will see her comments as thinly veiled criticism.

The General Secretary of the NAHT, Paul Whiteman, spoke up for school leaders and defended the work of schools during the pandemic. He argued that schools had gone to “incredible lengths in order to protect and care for pupils in the most unimaginably challenging of times.”

Whiteman also commented on how essentially school leaders and teachers had to very quickly – and without any preparation – reimagine the whole concept of what ‘school’ and ‘education’ is. From the start of the crisis, school staff focused on supporting their most vulnerable pupils. He argued that this vital intervention work prevented large numbers of children from being exposed to the worst effects of the pandemic.

The point also needs to be made that the solutions and approaches offered by the government often came long after schools had already worked things out – because they had to. Schools learned and adapted far more quickly than policymakers seemed to in the early stages of the pandemic.

It is perfectly understandable that there were some differences between the ways that schools reacted and the offers they delivered for their pupils. It was an unprecedented situation with procedures or guidelines to follow. It stands to reason that schools will have done things differently. What’s more, during the first lockdown in spring 2020, schools were under no obligation to follow the government’s remote learning guidance. It only became mandatory during the second lockdown in the autumn. By this point, schools had got to grips with the best way to deliver remote education.

1. COVID-19 and the Impact on Special Educational Needs Provision

3. The Impact of Coronavirus on Education

Are you a writer?  Would you like to write and have your article published on The Educator?

If you are connected with the education sector or would like to express your views, opinion on something required policymakers’ attention, please feel free to send your contents to editorial@theeducator.com