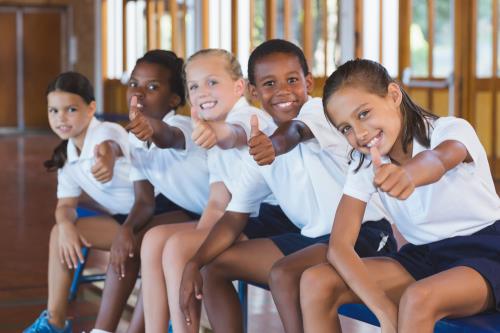 It’s unusual for any government of the day to support a Private Member’s Bill, but following a newspaper campaign, the bill introduced by Labour MP, Mike Amesbury, has received almost universal support across the House of Commons and is set to become law.

This is fantastic news for millions of parents who will be celebrating the scrapping of branded school uniforms. This move will put an end to the great school uniform rip-off which has been hitting hard-pressed parents hard for several years.

Schools are to be told that they will be able to specify uniform items, such as trousers and shirts, but will no longer be able to require particular styles. This means the practice of insisting that uniforms items are branded and purchased from single suppliers (who therefore can effectively name their price) will be brought to an end.

The average cost for secondary school uniform is £340 a year, and £255 for primary schools.

Research shows that more parents are citing school uniform costs as the reason why families are feeling the necessity to cut back on basic essentials and food. The campaign, led by the newspaper, the Sunday People, told of parents spending money taken out of their food budget, or cutting back on gas and electric.

The Conservative Party pledged a few years ago to bring in statutory guidance to end the practice of schools forcing parents to source uniforms from a single expensive supplier.

The new law follows the example set by Wales, where headteachers can specify uniform items but not styles – meaning that parents are able to shop around for suppliers that meet their budget range. Schools will be required to produce a truly inclusive uniform policy.

Private Member’s Bills are the opportunity that backbench MPs have to introduce laws in Parliament. The legislation, drafted by the Labour MP for Weaver Vale, Mike Amesbury aims to strengthen existing guidance encouraging schools to keep down costs. The intention of the bill is to turn existing guidance into statutory, compulsory guidance. It will force schools to keep requirements of any sort of compulsory branded items to an absolute minimum.

A victory for common sense

For once, it’s pleasing to be able to say that the government’s backing of the Private Member’s Bill is really a victory for common sense.

School uniform is always a contentious issue. Some people might question how relevant uniform is in the 21st century. On the flipside of the argument, in recent years uniform has been seen as a pivotal part of many new Academies’, in particular, drive to raise standards. Unfortunately, this is where the trend for branded items seems to have begun.

4- The Essentials of Lesson Planning

Are you a writer? Would you like to write and have your article published on The Educator?

If you are connected with the education sector or would like to express your views, opinion on something required policy makers’ attention, please feel free to send your contents to editorial@theeducator.com