How Coronavirus Is Affecting Schools Around the Globe 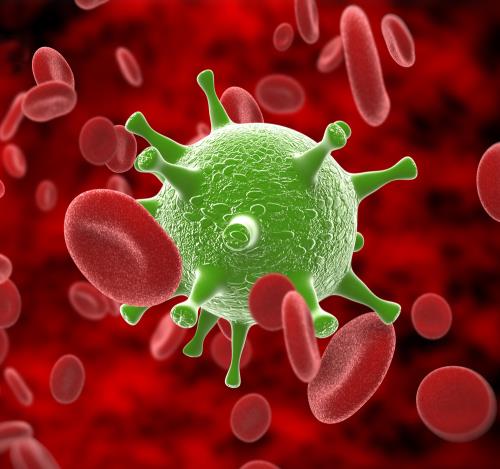 A funny thing happened as I was preoccupied with my life in February. At the time, I was busy with work and satisfied with the stock market reaching all-time highs. My little daughter Ellie was about four months old and I was getting used to changing her diapers without gagging quite as much as I did originally. I am sure like many of you, I was wrapped up in my own little world. (Little did I know that my stocks would soon take a giant tumble and that I should have invested in toilet paper stock instead.)

Then I started hearing about this new virus that had started in China. It originally was a virus that only affected certain animals, but somehow it had made the jump to affecting humans as well. Still, from the first reports, it seemed like China had it under control. But as we all soon found out, they were not being entirely truthful. It was spreading much more and much quicker than we had been told. Plus, the mortality rate seemed to be getting awfully high.

Flash forward a month and a half and now most of us are living in some sort of imposed quarantine. Whether the quarantine is self-imposed or demanded by the government, a good number of us really aren’t leaving the house anymore. At least for the next few weeks.

There are those of you that believe the coronavirus is mostly media hype and others that believe it is the beginning of the end of the world. In any case, my daughter Ellie came down with a cold that left her congested and coughing last week. It was her first time being sick so far in her short life. I’d be lying if I said the coronavirus possibilities were not running through my mind. Good news, though, is that she has bounced back pretty quickly. Still, scary times we are currently living in!

Making Its Mark on Education

In the United States, as of this writing, 46 states that I know of have closed their schools to their students for the unforeseeable future. It will just be a matter of time before the other four states jump on board as well.

In the United Kingdom, all schools are also closed down until further notice. The majority of the schools in China are still closed even though they say they now have the coronavirus under control. Other regions are making decisions almost daily on whether their schools will be closed as well.

For students across the globe, their spring break has been extended indefinitely.

Many Districts Are Being Proactive

While there are school districts that are just putting everything on a halt for a while, there are others that are asking the teachers to start eLearning with their students during the quarantine. This can be accomplished through video conferencing, email, or chat boards so all the students can keep on the same page as their teacher.

This is all possible even while doing the whole social distancing thing.

We All Wanted to Do More 21st-Century Learning

Maybe when everything finally gets back to normal (and before we start dressing up as Mad Max characters), this quarantine will lead to more eLearning in the future and with educators around the globe instead of just your local teachers.

There have been administrators and educators preaching that we could be doing more in education by offering accelerated 21st-century learning. The coronavirus has sort of forced this all upon us before many educators were ready. It is the whole sink or swim part of education with strange situations that many of us are placed in every day. You either learn on the fly or you don’t.

There are teachers scrambling at the moment, trying to figure out how to complete eLearning with children of all ages. I could see how middle school and up could handle communicating and following directions solely online with a teacher. However, the younger students, especially preschool and kindergarten, may present a problem and will certainly need assistance from their parents.

And for those parents that have expressed disappointment in their children’s teachers over the years, now is the time to put your money where your mouth is. There is a very good chance you are in quarantine as well. Let’s see how you do with playing school at your house!

I have former students that are seniors in high school and seniors in college at the moment. They are in an awkward predicament where they might have ended their senior year already and just don’t realize it yet. The last three months are always a fun time for graduating students when they know they are not going to be coming back the next year. Instead, there is a good possibility that they are going to be done three months early and will be just, hopefully, coming out of quarantine by then. In fact, there may not even be too many graduation ceremonies with graduating students just getting their diplomas sent to them.

As a Family, Put This Time to Use

For those families that have been seemingly growing apart over the years, it is time to reintroduce yourself. Who knows? You may actually have some fun hunkering down at your house with your loved ones.

Plus, if you have any questions about what your kids should be learning during this time, a simple phone call or email to your child’s teacher will probably enlighten you. Don’t let your children waste this time binge-watching from the couch for days at a time. This is your time to help your kids with anything they are struggling with.

And if you feel you don’t have the skills to properly educate your children with their school work, there are online tutors that can help. When this pandemic is all said and done, your children could actually be stronger at certain subjects than when the quarantine began.